According to the 2017 Youth Risk Behavior Survey (YRBS), almost 30% of 9th to 12th graders reported being “currently sexually active,” and only 54% used a condom at their last sexual encounter [1]. Despite improved antiretroviral regimens and HIV pre- and post-exposure prophylaxis (PrEP and PEP), adolescents and young adults continue to make up a quarter of new HIV diagnoses (21%, n=8,090), with the majority of these cases being secondary to male-to-male (MSM) sexual contact [2]. Given the prevalence of sexual activity amongst adolescents who present under a variety of circumstances disclosing past sexual activity, knowledge about non-occupational HIV PEP (nPEP) is relevant and important for all pediatricians.

END_OF_DOCUMENT_TOKEN_TO_BE_REPLACED 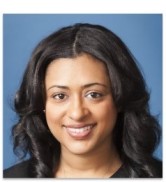 As depicted in the poem above, written by a young child living with HIV in South Africa, HIV and AIDS has carried a reputation deeply rooted in fear, shame, and distrust.  Stigmas have impacted patient disclosure, provider discussion, and have limited early screening and diagnosis of at risk populations1. Once thought of as a disease only extending across international borders, Georgia is now ranked #5 in the United States (U.S.) for some of the highest rates of HIV in our nation.  The rising rates in downtown Atlanta specifically, have been compared to rates of HIV in third world countries, such as “Zimbabwe, Harare or Durban2.”  As if these statistics aren’t alarming enough, adolescents and young adults, ages 13-24, accounted for 22% of all new HIV infections in the U.S. in 2015—that’s roughly 1 in every 5 young people affected by this virus3.  In a 2005 Youth Risk Behavior Surveillance System assessment (YRBS), almost half of high school students surveyed nationwide reported having had sexual intercourse, yet only 11% had ever been tested for HIV4.  Adolescents and young adults quickly became an at-risk cohort, and in response to this new epidemic, the Centers for Disease Control and Prevention (CDC) made national recommends in 2006 for routine, opt-out HIV testing beginning at 13 years of age.  Interestingly, prior studies concluded not only that many clinicians had poor knowledge of these recommendations made over 10 years ago, but that the prevalence of HIV testing did not significantly change amongst high school students between the 2005 and 2015 YRBS’s.

Adolescents and young adults have the most challenges in links to primary care, mainly due to limitations in transportation, health insurance, and concerns for breeched confidentiality.  As a result, approximately 60% of HIV-positive adolescents remain unaware of their status.   Of adolescents who did see a primary provider, only half of primary care physicians even touched on sexual content, and the average amount of time discussing a sexual history was 36 seconds5.  It is our duty as providers to have open conversations with each one of our adolescent patients regarding their sexual history, preferences and practices.  It is also important that they understand the results will remain confidential and that every effort will be made to contact the patient directly with any new positive results. Per official recommendations, all patients 13-64 years of age are recommended to have at least one HIV test in their lifetime.  Persons who frequent high prevalent settings, including homeless shelter, prisons, and adolescent clinics, along with persons engaging in risky sexual behavior (multiple sexual partners, MSM, sex in exchange for money, substance abusers), may be tested at least once per year, or as frequent as every 3-6 months.

The most sensitive and specific tests for HIV are 4th generation antigen-antibody tests.  This is highly encouraged over others as it will more accurately capture true positives as soon as 4 weeks after exposure.  Positive tests should be relayed in person, not over the phone, and those patients can be referred to the Grady Ponce Center for further management and treatment.

Together we can normalize HIV screening in the adolescent and young adult population, reduce stigma associated with HIV/AIDS, and assist in managing this public health crisis.

“Children’s Healthcare of Atlanta is accredited by the Medical Association of Georgia to provide continuing education for physicians.

Children’s designates this enduring material for a maximum of 1.0 AMA PRA Category 1 Credit(s)TM. Physicians should claim only the credit commensurate with the extent of their participation in the activity.”